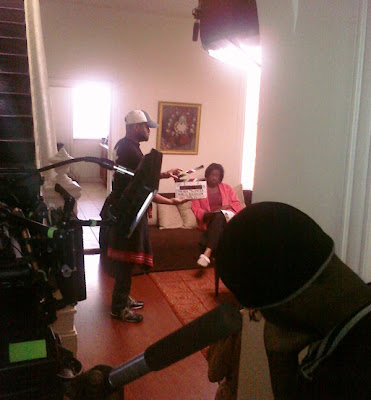 "The Talented," directed by Howard University graduate Marcus Richardson, highlights the crazy twists and turns of two college students' search for their place in a society that promotes promiscuity and irresponsibility. (See more of the synopsis here).

In this, her second, movie role Dior Ashley Brown plays the mother of the male protagonist, Joe (played by Howard Brown). In one of the films many powerful scenes, Joe confesses a haunting secret to his mother, leaving her shocked, disoriented, and in fear of her son's life.

"Howard is one of the most committed and detailed actors I have ever worked with," Brown said. "We both wanted this moment to remain honest to create Marcus' vision. This was such a wonderful experience with an incredible cast and crew."

"I'm excited!" she continued. "There is a constant theme in the urban community of senseless tragedies; 'The Talented's' unique depiction still displays hope that we as a community can become aware and bring about change."

For more information on the film, Director Marcus Richardson and the rest of the cast, visit the movie's Web site at www.thetalentedmovie.com.

Posted by Phatal Headquaters at 1:11 PM No comments: 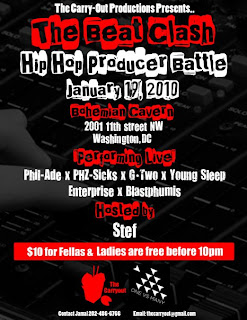 Phatal Record's own Blastphumis, DJ Awkward Silence and Dior Ashley Brown are one of six acts performing live at one of DC's hottest hip-hop showcases, The Beat Clash, on Jan. 19, 2010 at Bohemian Caverns.

A Carry-Out Productions event, The Beat Clash allows various local DC producers to showcase their beats battle-style. Between "beat clashes" local hip-hop acts perform live on stage. It's a great way to check out what's new and poppin on the DC hip-hop scene and support your local artists - be sure to check it out!!!
Posted by Phatal Headquaters at 5:16 PM No comments: